skip to main | skip to sidebar

None But Jesus- Hillsong united

A nice song written by Brooke Fraser from Hillsong united.
It is a very meaningful song especially the lyrics go like this

Verse 1:
In the quiet
In the stillness
I know that You are God
In the secret of Your presence
I know there I am restored
When You call I won’t re - fuse
Each new day again I’ll choose

Verse 2:
In the chaos
in confusion
I know You’re sovereign still
In the moment of my weakness
You give me grace to do Your will
When You call I won’t delay
This my song through all my days

A friend wrote on her fb status "真正的好朋友 并不是在一起就有聊不完的话题 而是在一起就算不说话 也不会感到尴尬 "
When translated, it meant " Good friends don't mean having endless conversations but, even if there is silence, neither will feel awkward. " I thought that was quite true.

What do you talk about when you are with your good friends whom you have not met for years ?

I had a good met up with some really good old friends during last dinner .


Hope to meet up often though ! Even though the conversation was mostly about what happened 10 years ago, it was nostalgia and it felt good and comfortable to be with one another's company. For an easily-forgetful person like me, it was kind of refreshing, having to hear some familiar funny stories about each other during our secondary school days. It was like just yesterday .

Though we shouldn't be just living in the past, it was kind of good to recall them, especially good memories. In reflection, my seconday school days are the most memorable .

These old friends are Sally, Leng Koon and Pei Hoon from my class in secondary school.

Sally 's impression to me was the tall and gungho girl in the class. Gungho to me because she seems to be very straightforward , as far as I can remember . Frankly I do not really know her alot during my secondary school days, Im sure that this meet-up gives me an opportunity to get to know her in days to come.


Leng Koon was the one who used to sit beside me in class and who never fails to brighten up the class with her cheerfulness and easy-to-get-along personality . The Live-wire ! She's always the one who has endless things to talk about . ( in other words, very talkative ) I remember we were always together during recess etc etc. We were also in the same CCA, the chinese orchestra. She's also good in gelling a group of people together . I remember she was the one who initiated the "class magazine ", if I am not wrong.

Pei Hoon and I used to study very hard for our O Levels together .We would be spending most of our time at the study centre near our house during secondary 3 and 4. She was a very good studying partner and I would credit her for being the motivating force to study during that time . It was indeed great to have friends to encourage each other for the good. We were also in the same JC after that . I remember she used to invite me to her house for some food she cooked or just plainly spending time talking .We kind of lost touch after she went overseas for study .

All in all, I hope to get to know them better. It will be nice to have more of such gatherings .

Me having won a third prize in the school's table tennis competition in secondary school. It was because there were only 3 people participating ! haha...actually there were more than 3 people lah because we were also competing with the guys.
There were only 2 girls in table tennis club during that time and I was very into it that I could play the whole day with my neighbourhood friends during the holidays. Table tennis is still my favourite sports and I hope to pick up this sports again. But I need to find table tennis kakis ! I wonder if I am still able to spar well with my opponent players.

Leng Koon and I used to skip lunch during recess time and just drinking water ? (perhaps that was how i was much slimmer ) I can't really remember. But I remembered Sally who would always be seen eating chicken drumsticks almost every recess time .

Leng Koon who would always be caught sleeping in class. And she sat beside me ! I wonder what made her so sleepy in class and having the boldness to do that ! It was just last night when she said that she was rushing her art project every night . And not forgetting, she's always copying my homework. Why did I let her copy in the first place? Well, Pei Hoon who sat in front would be the one who sabotage her and told the teacher about it. haha !


Many more things Leng Koon was recalling for us. Like classmates who were bullied, classmtates who married not long after graduating...... I hope to meet up some of these other classmates that we talked about again, in persons.

Im looking forward to the next gathering with these good friends and hope we will talk about the present and future rather than the past ! haha 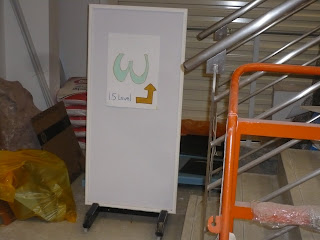 W Bistro is going to be opened next tuesday !
Breakfast, Lunch, Dinner on the house !


It's actually my installation works . Work in Progress.

Win Nie
Posted by arise at 6:35 pm No comments: 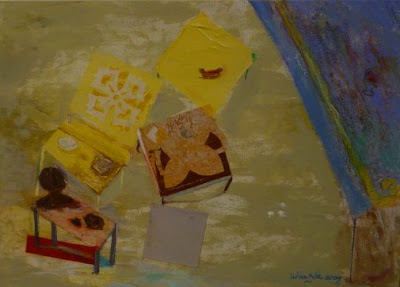 ON THE TABLE SURVEY

Win Nie
Posted by arise at 6:55 pm No comments:

On The Table ! Found the table ! 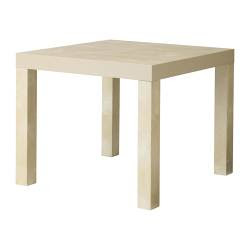 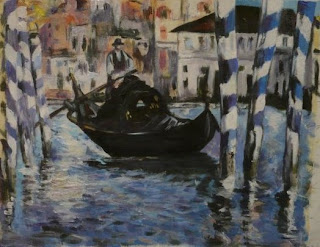 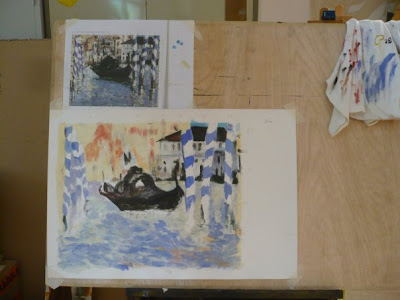 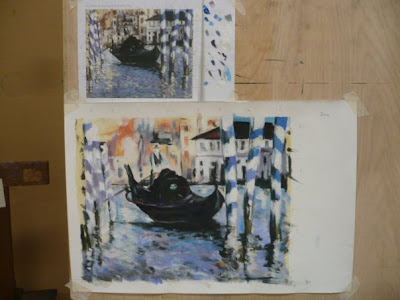 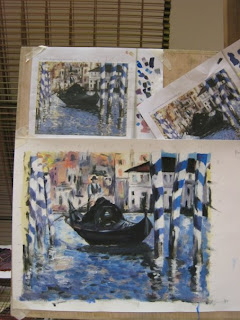 Some people just inspire me

I was doing some video watching and some readings about this couple artist Christo and Jeanne Claude. They are simply amazing !

What should I put on you ? 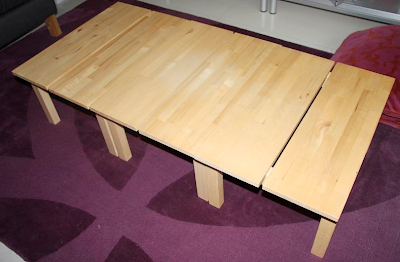 3 Tables that I may be getting, they are just nice for my project .

On the Table in progress 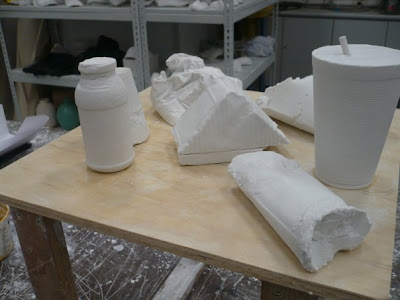 thanks everyone who responded.
this is quite "challenging" to cast :

unless someone wants to donate a laptop for me.
Maybe I will consider casting the old computer monitor in my house 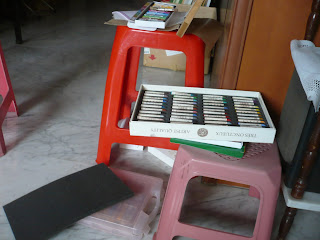 Please do not disturb .

Win Nie
Posted by arise at 8:43 pm No comments:


When good is not good enough

Win Nie
Posted by arise at 2:34 pm No comments: